Nadai Nakai’s Got The Bragga Rights

Having earned her stripes and proven her worth as a top-class artist, it gives us great pleasure to welcome our Piece 12 Cover Star: Bragga!

It’s Nadia Nakai’s birthday today and on behalf of Moziak Magazine I have the privilege of speaking to her for our Piece 12 cover interview. It’s not every day that you get to speak to one of the biggest rappers on the continent, at the height of her career, on their birthday no less. The privilege is not lost on me as I get ready for our telephonic conversation.

With all of her accolades, achievements, and content at my disposal for interview questions, for some reason, the first thought that comes to mind is “How strong is Nadia’s Shona these days?”. Based in South Africa, Nadia is one of Zimbabwe’s finest exports to the Mzansi music industry (Oskido and Berita are other notable alumni).

The phone rings for a bit before she picks up on the second ring. I decide to chance it: “Ndeiphi Nadia”

She’s still got it!

You always have an inkling of how well an interview will go based on the first exchanges and it’s safe to say that at this point, I’m convinced that we are about to have a groundbreaking conversation. Here’s how the rest of the interview pans out:

Moziak Magazine: Welcome officially to Moziak Magazine and, of course it’s the 18th of May today so we have to say Happy Birthday! How are you spending your big day?

Nadia Nakai: Thank you for the welcome and for the birthday wishes, it is indeed a special day! I’m going to be indoors on my birthday, I’ll be keeping this one pretty lowkey because of the current situation in South Africa – as you can imagine. But nonetheless, it’s an opportunity to reflect and look back at what I have managed to do.

MM: Lockdown has been brutal but we are trying our best to cope. You have kept us thoroughly entertained though, especially with the release of your freestyles. That Yikes freestyle went viral, why did you go so hard?

NN: [laughs] that’s just how I felt at that point in time. I did it like I used to when I was starting out rapping over a beat and coming hard is what I’ve always been about. I think some people maybe thought that I had softened up, or that I had lost my ability to really spit so I just wanted to send a reminder to anybody who had any doubts that I have bars.

MM: Talk about letting your work do the talking?

NN: I guess you can say that. I’ve reached a point in my career where I don’t really have anything to prove anymore – I don’t even have to compete for the title of being ‘the best’ anything. My track record speaks for itself, I’ve grown; not just as a rapper but as an all round artist, and I am now just focused on me, my creative visions and my goals.

MM: How does it feel to be able to say that so confidently?

NN: I mean I definitely earned my stripes, I put in the work for a long time and at certain points, I wondered, ‘damn when is all this going to pay off?’. But I kept grinding through the highs and lows and I think you gain the respect of your peers and your country when you go through the process like that you know. There was no overnight success, but years of blood, sweat, and tears.

MM: Let’s talk about your debut album, Nadia Naked which released last year (2019). How did it feel to finally complete that body of work and share it with the world?

NN: It was so special for me but the most important thing was, really, making sure people heard it. I am serious, I didn’t want this album to just be something you tweet about to say ‘I support you Nadia’ I wanted people to hear this album and listen to the stories I’ve got to tell. I’ve grown and matured a lot, I took my sounds in a new direction, I showed off emotional and vulnerable sides of me in certain songs and the people who heard the album will agree. It was deeper than ever and I was proud of that.

MM: Is this the result of personal growth, as well as professional growth?

NN: Yes, I mean I have been through a lot. And also I think I have grown artistically; this was my most creative project as well and now I was able to tell different kinds of stories.

MM: Will this affect your performances as well?

NN: Yes! Now I can perform certain songs with an acoustic guitarist. But I can also make you twerk in the club. I wanted to show all of those different sides of myself.

MM: Who has related to the album the most?

NN: Everyone. I didn’t want it to just be a ladies’ album, or an album only for women to enjoy just because it’s a woman telling the stories. I want guys to be able to pick it up and relate too, it doesn’t matter that the stories are being told by a woman. Look at ‘More Drugs’ [Featuring Tshego]. A lot of guys have hit me up on Twitter saying that’s their favourite song because the lessons are universal.

MM: Do you think your album will be hailed as a turning point for female rappers?

NN: I think it will leave its own legacy and I am happy that someone listening to this will relate and be inspired to pursue their own journey. I believe in empowering female rappers BUT I always say it must be because you have the talent first and foremost. We [female rappers of today] have had to prove ourselves by having the talent and dedication to cut it in this industry.

NN: That’s the chat. Yes, we need to make sure that the platforms and lanes exist for everyone to make it regardless of gender or anything else. But we also need to ensure that people know – in order to make it, you have to be exceptional. And that’s just the beginning of it – you also need to learn the ropes of the industry to avoid being exploited; you need to know your value so you can operate like a business; you need to be consistently improving and pushing yourself to grow; you need to deal with setbacks. It’s a lot.

MM: Outside of music, what plans do you have for your fashion empire?

NN: I’ve got big moves to make! Fashion is another one of my true loves, along with music, and It’s a career I am going to keep growing. The partnership with Sportscene has been incredible, they have allowed me to be hands-on in the creative process while being supportive of my vision as well. I wish more brands could empower their artists like this.

MM: I could listen/learn all day! We’re all still indoors for the foreseeable future, what other skills have you been honing during the lockdown?

NN: I’ve got a lot I want to explore. I am working on sharpening my content-creation skills, specifically so I can create my own video content and avoid having to overpay to create that content.

MM: Will you be having a Houseparty or other video call for your birthday? Can we crack an invite?

NN: Right now I don’t have anything planned, but if I do I’ll let the whole Moziak Magazine team know for sure!

MM: We also loved your Toosie Slide rap! Will you be dropping any more freestyles?

NN: I’ve actually been thinking about that. Watch this space!

MM: Closing comments – what do you have to say to the country during these tough times?

NN: Stay safe, take care and be patient. Let’s all rather suffer for a little bit right now so that we can enjoy life on the outside later. Don’t be selfish, and consider your fellow citizens before you act.

Celebrating Women this Women’s Month – According To...

Kat Sinivasan, a tale of carving your own... 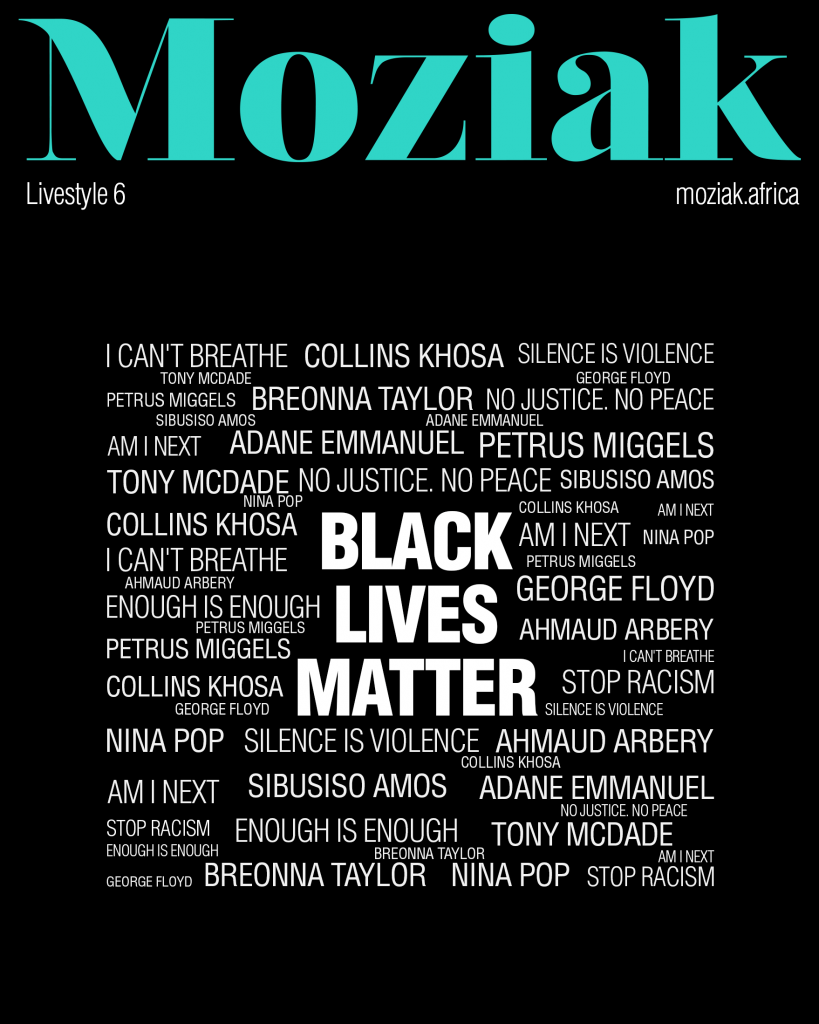