Listening to these lyrics one gets a sense of love in its truest form, one that is patient, kind, building and destined, further understood because it is sung by his wife, Dineo Langa (formerly Moeketsi).
2019 has been an amazing year for the Langa’s, getting married after 7 years of dating, having both had continuous successful careers in the entertainment industry and producing their first project Kwakhule Kwethu under their joint company, Langa Enterprise Hub, so celebrating the festive season and end of the year with them for our Christmas cover is the only thing that made sense.
The set-up is a cute intimate picnic and if you have followed the couple for years like many of us have, you might get nostalgic of their music video from their 2013 song, The Frolic.
Finally giving us a glimpse into their world together I ask Dineo, “How is it shooting with Solo?” 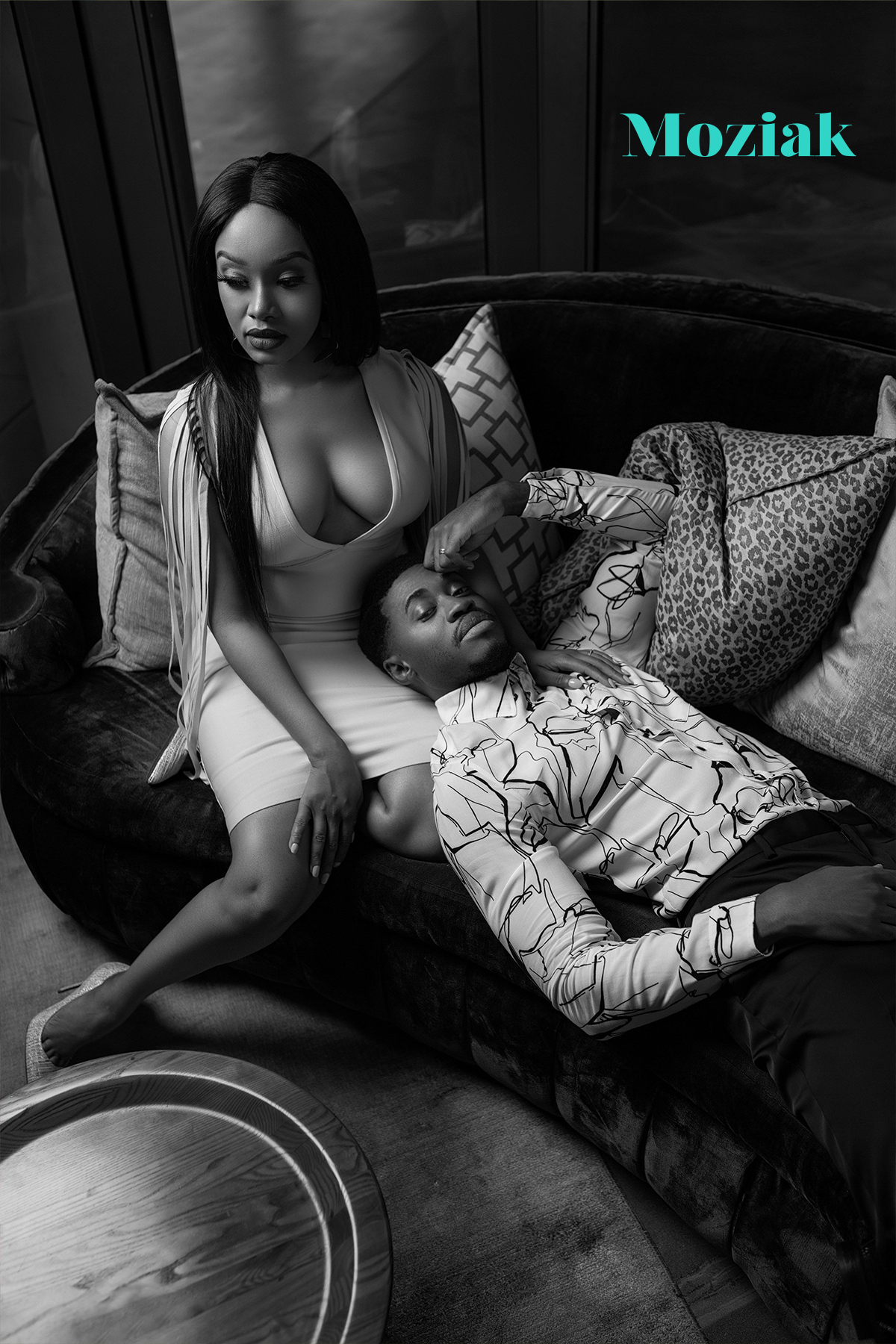 “We have so much synergy, it comes with ease,” she explains.
“You realise having shot together so many times, how relieving yet also how beautiful it is to have that much synergy with someone and how it happens quickly. You are able to tell the story of the shoot with ease, connected on that level.”
I was unable to be on set on the day of the shoot but from seeing the cover, I can fully believe that. I am interviewing both of them telephonically, Dineo is getting her hair done at the salon while Solo is at home. Speaking to both of them separately there is a strong sense of individuality but synergy as Dineo says and unity at the same time. They speak the same language.

Their 3 part wedding docuseries aired on the 16th of September giving us a look into their love story in the form of how they first met, friends, family, their vows, magical white wedding and traditional ceremony.
“We decided that this would be the one time, and the most important thing for us was to control our narrative. There is nothing worse than pieces of stories coming out and everybody getting them wrong,” explains Dineo.
“With regards to this, we did not want anybody to tell our story besides us.”
Although this was the first time fans and the public got a look into their personal life and both laugh about it being the first and last because of their staunchness on privacy and how strenuous the exercise was, collaboration is something the couple is used to.
“Working as a partnership, that’s nothing new,” explains Zothile.
“It was just more of how we prepared ourselves in terms of our intentions in letting people in, but there was nothing different in terms of the collaboration for us because that is our day to day. It was more of a mental adjustment. ”

Like with most reality show formats, the Langa’s both worked as producers and subjects for their special, again being completely hands on and controlling their narrative.
“Both definitely were a challenge and it kind of enhances the individual challenges but in hindsight now, we realise it was worth it in terms of learning the curves it came with,” explains Zothile.
“Learning what we will apply going forward with the projects we embark on with more discipline.”
The production was the first project for the couple’s company and reached sky rocket ratings and amazing reviews, often an anomaly with South African reality TV.
“You have got to take it with a pinch of salt, in as much as there will be good you’ve got to be prepared for when the bad comes, we’re not everyone’s cup of tea, we’re not money,” Dineo says, jokingly referring to the African proverb.
“It was a big adventure, we had no expectation of what it could be, there was surprise and it was a big indicator for a lot of things for us, for our business and personal front, we were happy with what we got so far, so for us we took it as a lesson going forward.”
The show having aired during the height of gender based violence Zothile reflects on it being a much needed focus on love.
“It’s obviously humbling because nobody owed you likes, much like an artistic project as soon as it goes out it is up to the consumer to do with it as they please,” he reflects.
“We didn’t know how it would be received and if it would work against us or for us, but we are grateful it brought some form of hope.”
Although having to face questions even after it aired was something the couple had to prepare for. Zothile jokes about them having conquered it as they are still standing today. 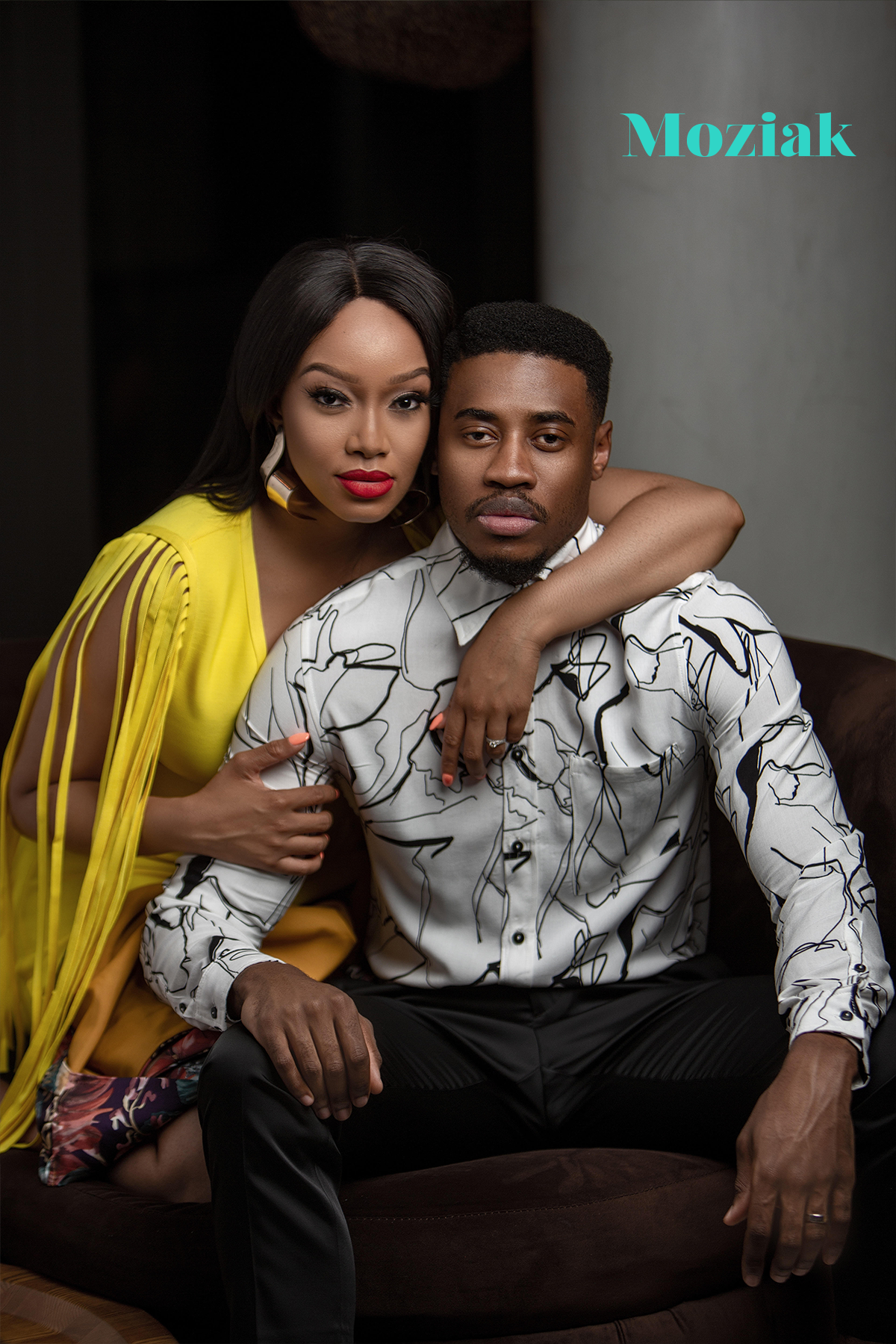 Having often been private about their life, they fortunately often graced us with their stellar red carpet looks throughout the years, having won Most Stylish Couple at the SA Style Awards in 2017.
“We do play stylist for each other from time to time, we are each other’s mirrors because we are honest about what works and doesn’t work,” says Dineo.
“We’re the only two people that get to see us before we walk out the door and we understand each other so that is how it goes in our household.”

Understanding each other is one of the biggest mandates for the Langa’s and one can see that it comes as second nature from the way they talk about each other.
“She is probably the first to suggest or push everyone coming together.”
“We celebrate every little and large victory, you’re not allowed to just have a birthday and my family learnt that the hard way. If she has anything to do with it she’s making sure that everyone is celebrated individually whether big or small.”
This year however, as a newly wedded couple, they will celebrate Christmas on a bigger scale, with both families combined.
“We are Joburgers so we really enjoy our time here at home. It’s going to be a big lunch. It’s the one time of the year I love cooking.”
“Our first one as a married couple is definitely special,” says Zothile. 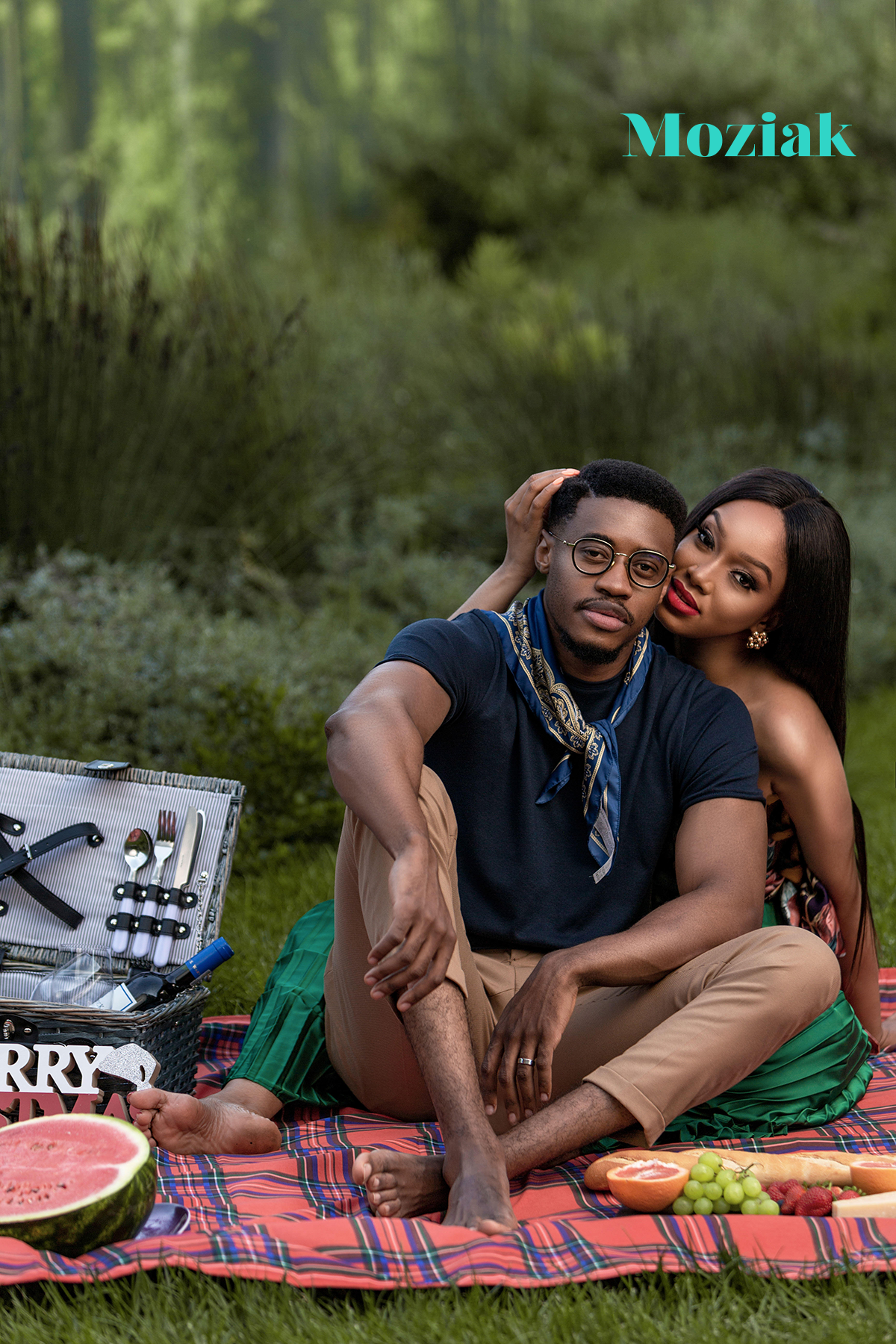 With 2019 having been such an amazing year for the two we wonder what their wishes for the New Year are.
“We plan for more than just 2020 but for the decade,” says Zothile.
The two are set to have big surprises for us under their joint company while pushing solo work (excuse the pun),  like Zothile’s last album and Dineo’s lead prime time role on The Queen.
It is also said that we can look forward to more music from Dineo in the near future.

Watch our cover shoot BTS below! 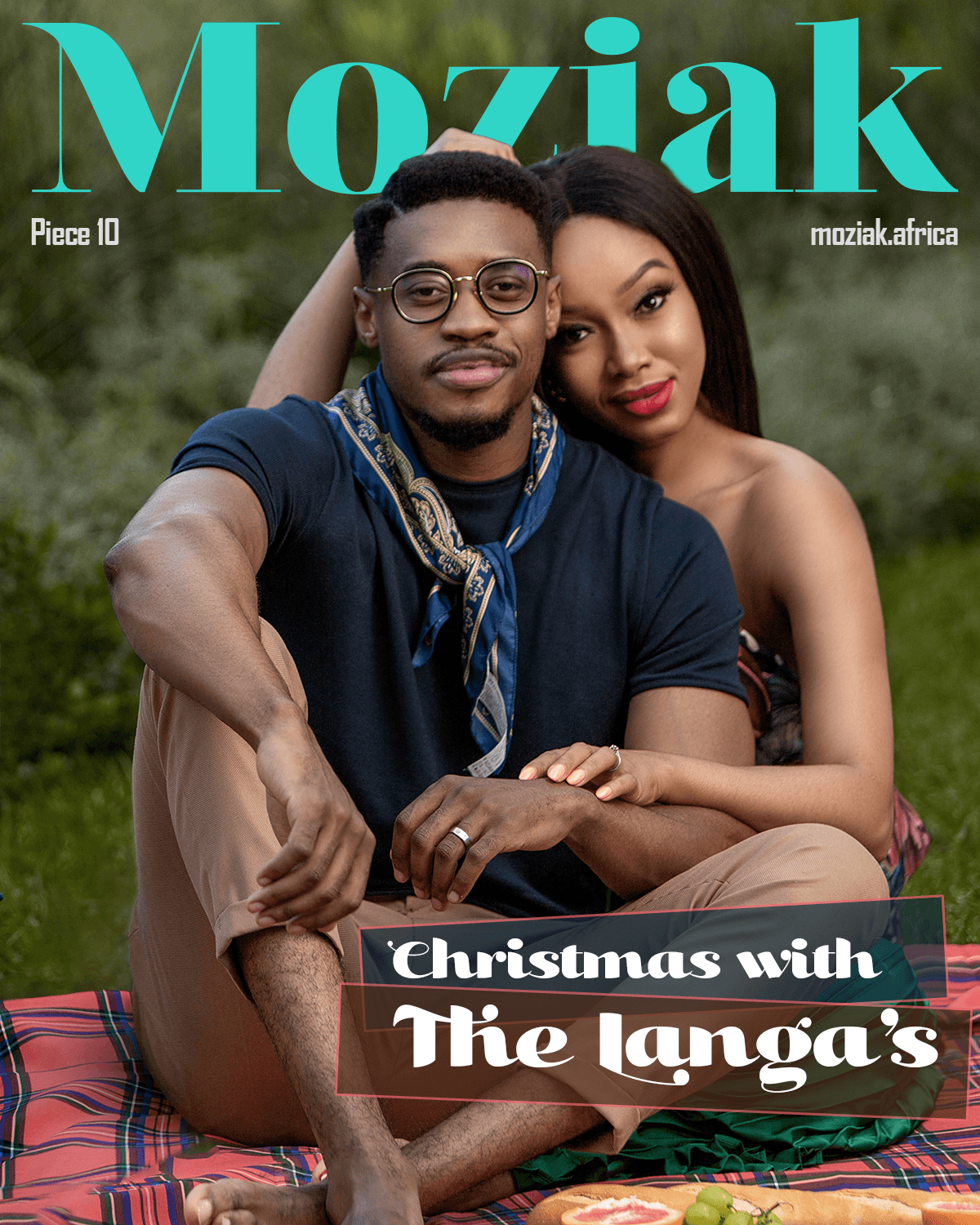 Luvé Meyer Talks To Us About Her Journey...

5 Minutes With Ghana Made

ZuluMoney and Busiswa reunite on new single and...

Without Agency, Women’s Empowerment is Impossible