Boity in a new era

“It isn’t beauty, so to speak, nor good talk necessarily. It’s just ‘It’,” said journalist and writer Rudyard Kipling.

Much to his oblivion this statement would provide definition for a movement we today understand as the ‘It’ girl.

From our television screens, radio and magazine covers this movement has arguably had the biggest impact on the South African entertainment industry and ‘It’ girl Boity is an example of that effect.

Boitumelo Thulo first came onto the scene when she appeared in a Wimpy advert and became a childhood presenter on YOTV.

Since then she has acted and hosted some of the biggest shows such as Club 808, Ridiculousness South Africa and Rockville, appeared on various major publication covers, cracked hottie lists, started a toning support company, collaborated with brands such as Legit, Sissy Boy and launched her music career, just to name a few.

“When did you realize you were Boity, the Celebrity or ‘It’ girl as we call it?” I ask.

“It’s a very weird thing because even now I just have this weird touch and go feeling about this ‘celeb’ thing, I’m just like okay I guess I am but am I really?” She laughs.

“I think it’s because I have an on and off button which some people don’t.

I know when it is time to switch on this brand and get ready to work and in certain spaces I feel I don’t need to do that anymore because I don’t want it to own me, I don’t want to be owned by this thing or status because it obviously doesn’t last forever so I don’t want one day when it is all gone to not feel like a human being.”

“The moment though where I felt like this was real was when the Fergusons asked me to be on their show, which was the greatest affirmation of my entire career.

The affirmation for Thulo from people she has looked up to has continued with Connie Ferguson asking to be in the music video for her latest single, Ba Kae.

“I sometimes have to pinch myself,” she laughs. 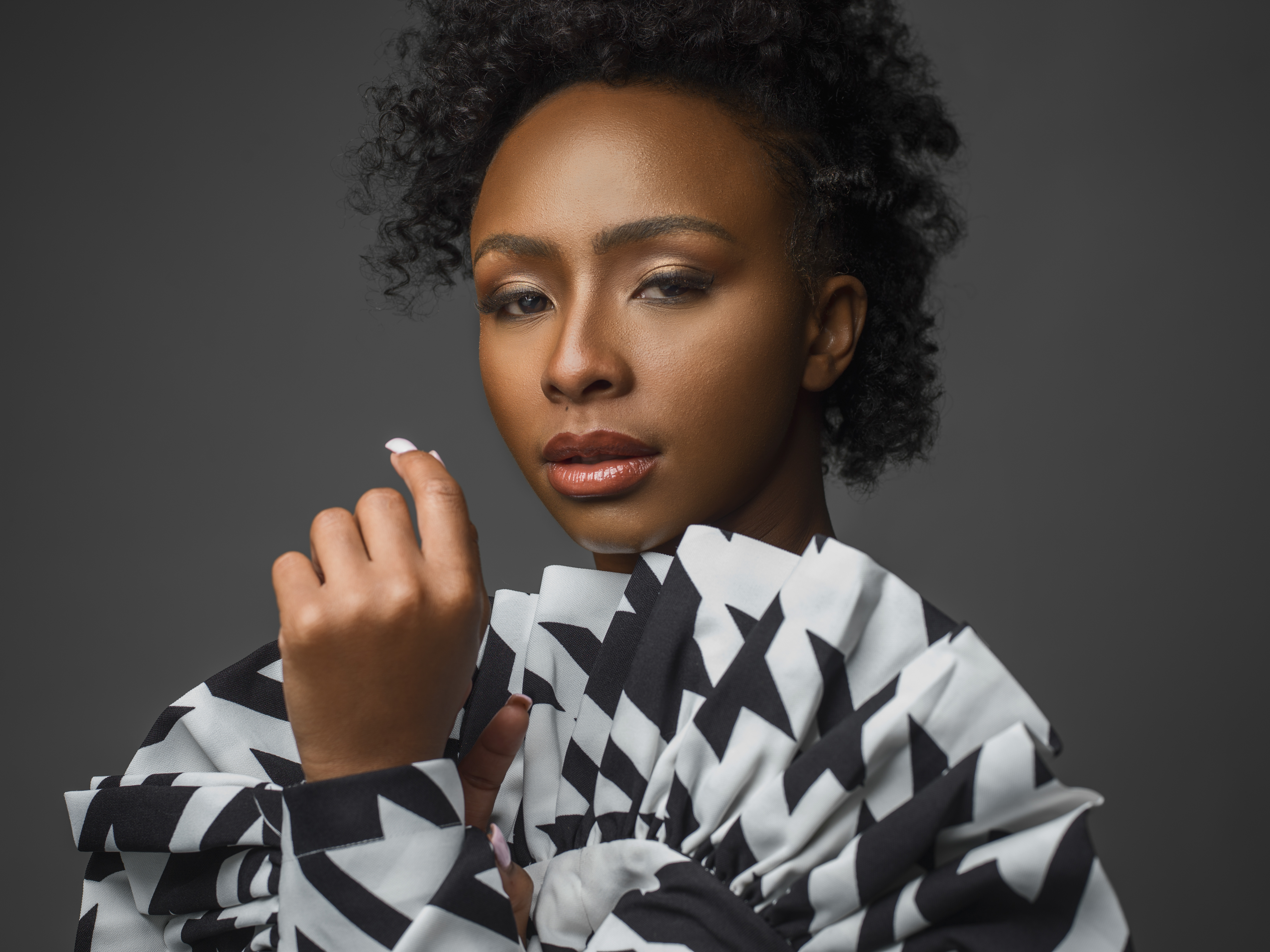 Throughout her career the personality has constantly challenged herself with trying new things and surprised the nation when she took the leap of dropping her first single Wuz Dat late last year.

“I think one of the things was completely trusting in myself, it is a bit harder than when the doubt comes from outside,” Thulo reveals.

“Trusting the reason why I am doing this, trusting God, the universe and it placing me here for a reason. It’s about trusting the fact that I am meant to be on this journey and that I can do it.”

“I realized it is one thing to be yearning to become something and actually doing it. Those are two different worlds.”

Although this was the artist’s first debut release, it was as if she had been doing it for years.

“I have always known this was something I wanted to do. It has been years in the making although I didn’t necessarily know I was practising,” she reveals.

Having rapped on her last episode of Club 808 and shared a stage with Nasty C as an opening act for Migos concert, the stars had started aligning for her musical journey.

“I think those moments were practice more than anything and it’s only now that I realize that I was actually preparing myself and it’s in those moments.”

In a country where being successful in the entertainment industry means pursuing more than one medium, the public are often quick to judge our talent harshly on that.

“The biggest thing for me in this journey was being fearless and fighting against the notion that you can only belong in one box.”

“I think there is a little bit of an issue of our people in the country, they celebrate us according to what they believe we are worthy of.”

“It is only when they feel you are doing something that is okay with them that they celebrate you but when you do something beyond their vision or what they like or think your image should be, there is an outrage.”

Thulo explains that in most countries talent and personalities are given room to branch out into writing, producing, being behind the scenes and in front of the camera and celebrated for their efforts unlike here.

“It’s very frustrating but you have to know why you are doing it. Essentially is it incredible to have supporters and people who care for you when they don’t really know you, they just know you from the screens but they fall in love with you and that makes a difference.”

“Ultimately at the end of the day a lot of things that we do have to be for ourselves because when it comes to supporters it’s a very fickle thing. Today they will be saying ‘yay’ and tomorrow it’s a different story.” 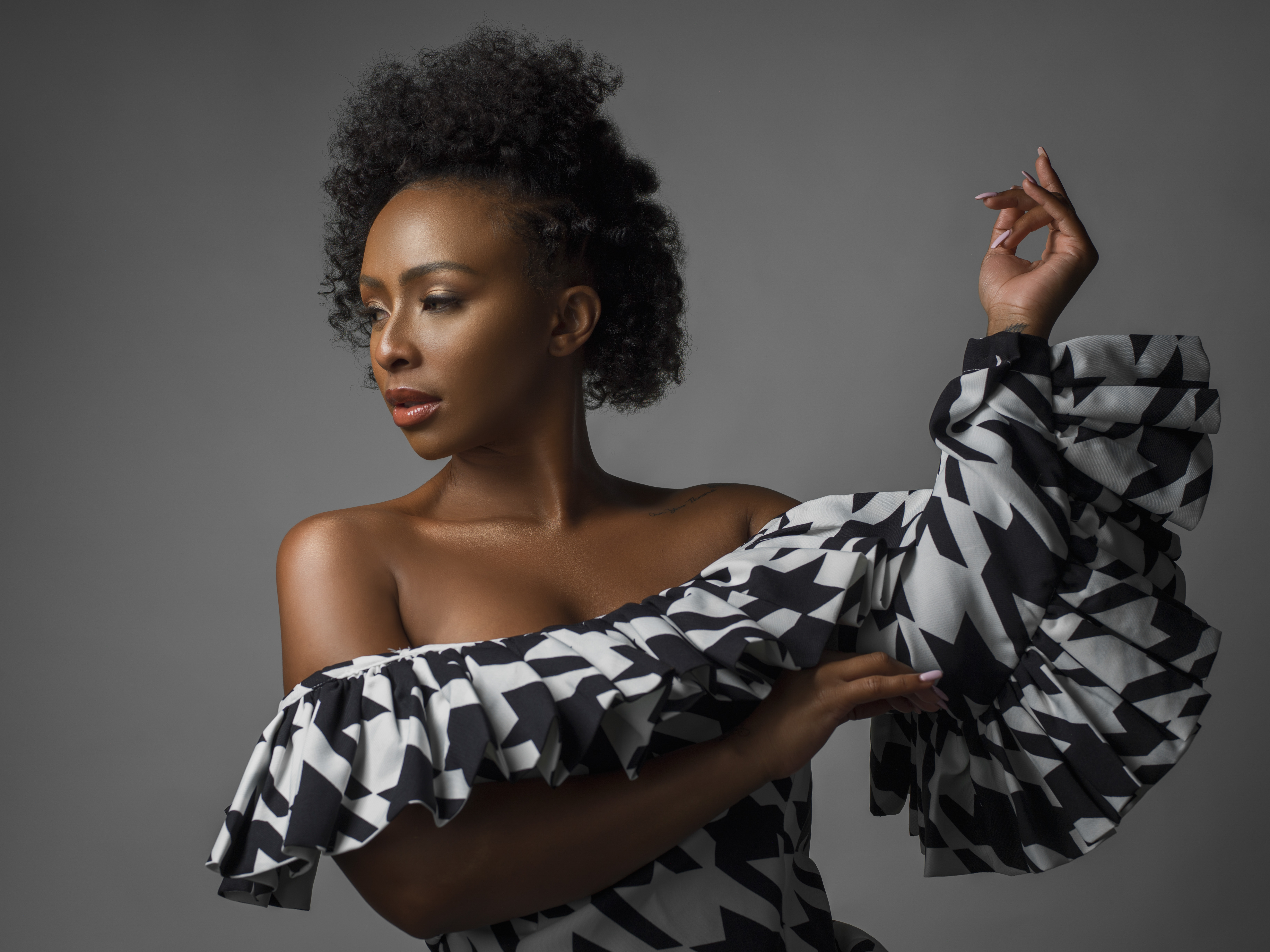 Although Thulo has often had a great relationship with her fans, she is not immune from hate, like any public figure,

Her belief however is that it is often a projection and that it only becomes personal if you take it.

“Only when you engage in negativity have you taken ownership of it but if you just ignore it then it still belongs to the people who are saying it, so I literally ignore it.”

“There are times though like once in a while where I will respond,” she laughs.

“Those are moments of just being human.”

During our conversation I think back to her statement about ‘turning off’ and ‘on’ and feel as if she has either turned off or is exceptionally media trained.

She is in between errands during our call but present as ever, which leads me to ask about her spiritual journey and how it has affected her career.

“It has influenced me tremendously I mean it is who I am and I think it has given me a great sense of security and by that I mean I have a spirit of trusting in who I am and my journey and knowing where I am,” she reveals.”

“It’s not as confusing as it might have been a couple of years ago where I am getting these feelings and messages but not sure what it is.”

“Now that I understand I am fully invested in my spiritual side and it’s made me more confident and more secure in who I am and everything that I do.”

At that moment I realize, ‘Intentional’ is the word that comes to mind to describe Boitumelo Thulo.

“I am not saying that it is easy but it is much smoother, it becomes much easier when you don’t have to wonder what you should or should not be doing because the answer is there. There is a feeling to it.” 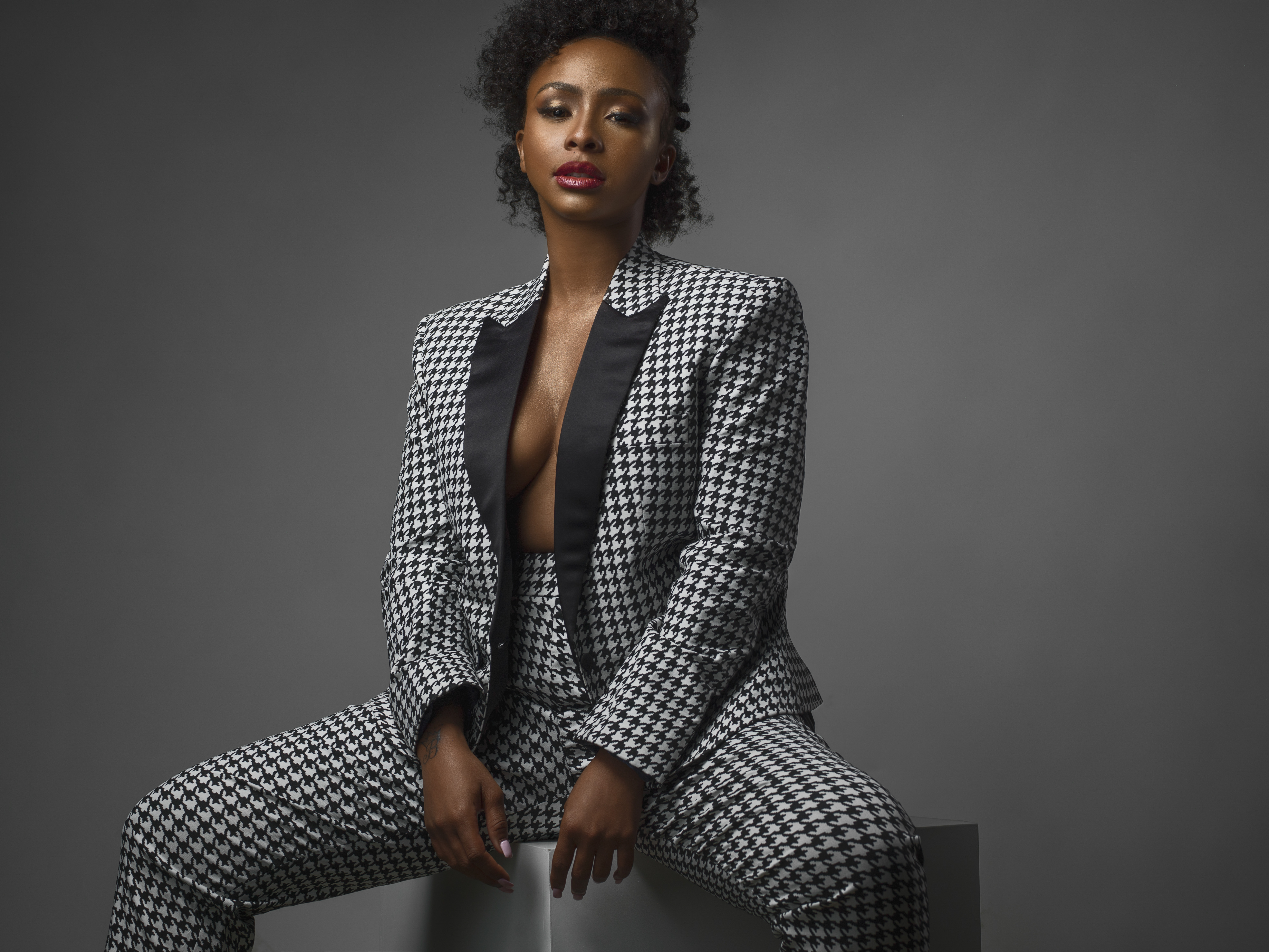 Known for constantly re-inventing herself and walking a journey of her own the question is what is next for the star?

I joke about a potential album which I know artists hate hearing but am pleased to know that she will gracing us with an EP this year.

“This year, there will definitely be an EP out, so definitely more music. I am currently working on Own Your Thrown which is a new single that will be about where I am at and all that I encourage.”

“I am currently writing music about what I know and my experiences, I will start having conversations outside of me later on but for now this is my baby that I just need to nurture.”

When asked about acting and other work

-“I think it is a matter of I’ll see, you never know things are forever changing,” she laughs.

A queen that embraces change. 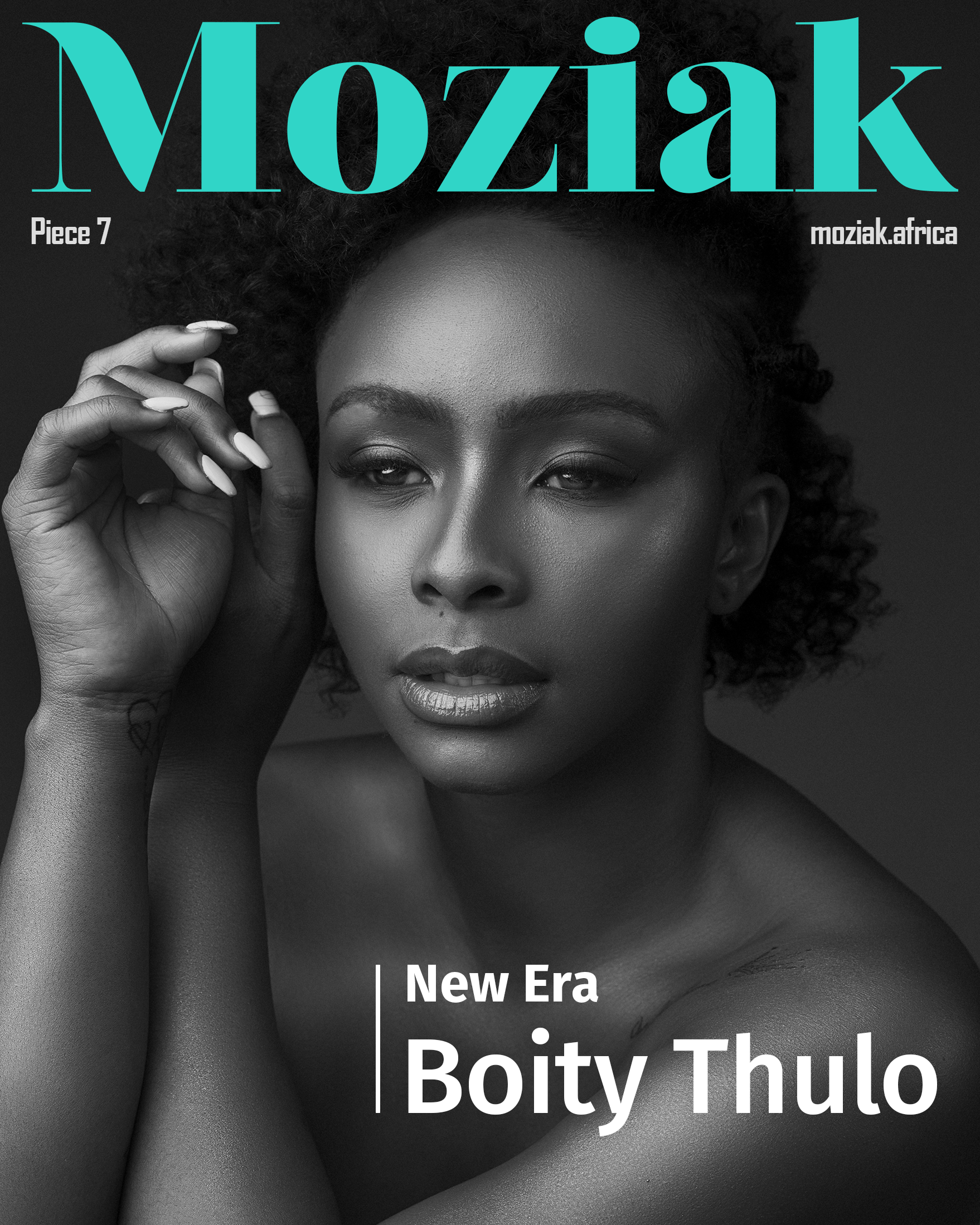 JoyRukanza Welcomes Us to Her “Queendom”

An Audience with Black Coffee

A FUTURE THAT IS FEMALE

No images found!
Try some other hashtag or username